Cycling the City with STRAVA – Paris –

Most European cities are facing the issue of the reduction in the use of private cars and apply incentives that favour public transport, car-sharing and bicycles, along with restrictive measures on the use of private cars in their town centres. This approach is fully in line with the EU commitments regarding the reduction of greenhouse gas emissions and European legislation on air quality.Cycling may not yet have become one of the habits of most citizens, but it is nevertheless a mode of transport which promises to play a significant role in mobility management. Besides, bicycles can contribute to making public transport more appealing by guaranteeing better accessibility. On the basis of an unaltered journey time of 10 minutes, if customers likely to carry out the first part of their trip by bike are taken into account, this increases the catchment area of a public transport bus stop 15-fold. Cycling in urban areas generally takes place along protected and dedicated  bike lanes which reduce bike-related intersection injuries by about 75 percent compared to comparable crossings without infrastructure.

Cycling the city has been an experiment based on the combination of VGI data with other information sources in order to show how VGI data can contribute to the detection of the relevant features of cycling in the city, from infrastructure (cycling paths)  to usage (paths recorded by cyclists), which should be taken into account for a more human-centered approach in route planning or service management.

The data used are the following:

Strava is a website and mobile app used to track athletic activity via GPS.

The dataset contains bike trips in the Ile de France region (greater Paris). Of these 66% take place within Paris city limits. The municipal cycle reseau covers 371 KM within the Paris municipality and is one of Europe’s most extended cycling networks. Data show that the network is highly effective: 72% of all bike trips in Paris takes place on the reseau. 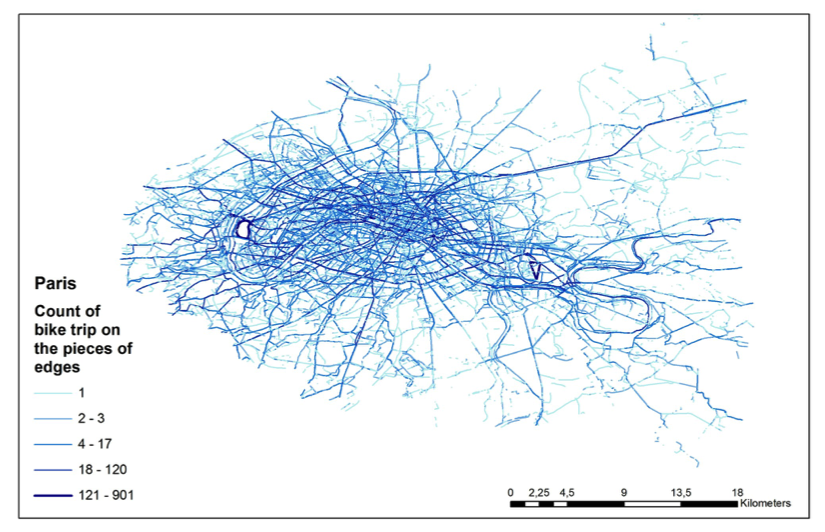 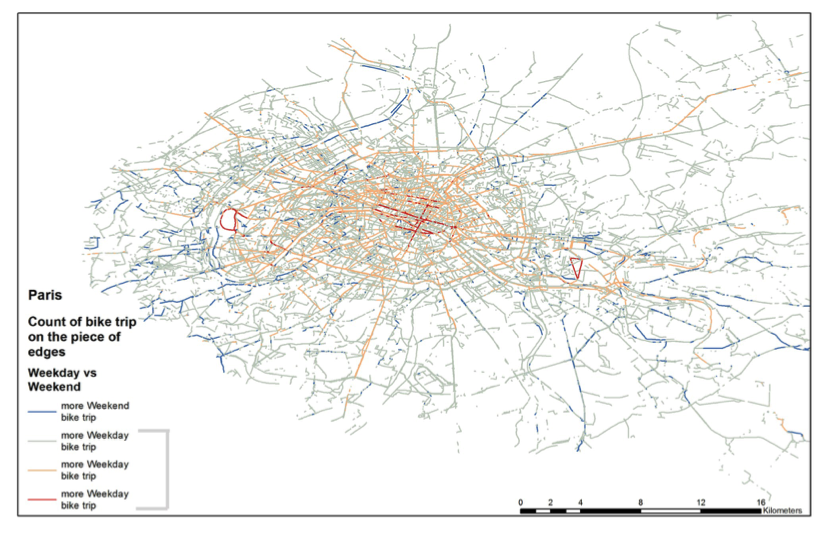 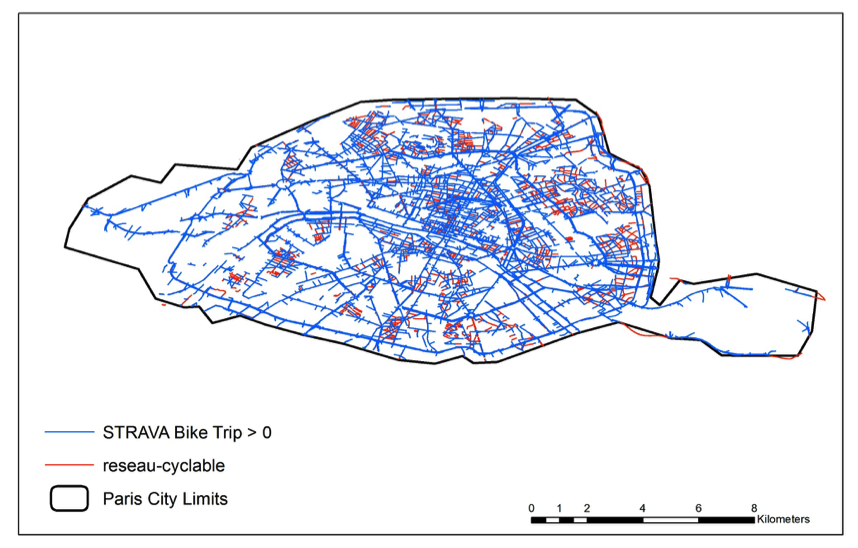 For this brief analysis we highlighted trips that do not overlap the “reseau-cyclable” (cycling lanes network). We wanted to look at where cyclists go when they are not on the reseau, in order to identify possible criticalities and suggest extensions to the existing network based on actual cyclists use.

Of the 562.016 trips recorded in the area, around 148.000 take place outside of the reseau. Fig.5 shows the density of non-reseau trips. Examining the map we can identify three broad categories of trips:

Trips in group 1 are those presenting the highest security hazards. As the map shows, several big roundabouts are highlighted. Here the cycle track abruptly ends, and cyclists are forced to cross in the traffic to continue their trip onto the reseau. In light of the large number of cyclists having to take such risky paths, the city should probably plan for safer intersections. 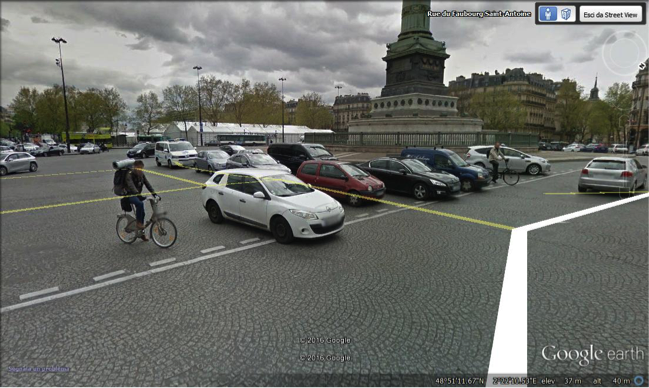 Despite the capillarity of the reseau cyclable, some important thoroughfares that seem to be very popular with cyclists, don’t have a bike lane (group 2). It is the case of the Champs Elysees, blvd Haussman, rue Desnounnettes, and some Seine quays. There seems to be at least one important commuter route from the northwest periphery right into the heart of the city that is almost completely devoid of bike lanes: Porte Maillot -> Avenue de la Grande Armee -> Champs Elisees -> Place de la Concorde. It is probably worthwhile for the city to try and provide a cycle path at least for segments of this route, or encourage cyclists to take alternative routes using cycle lanes in adjacent streets. 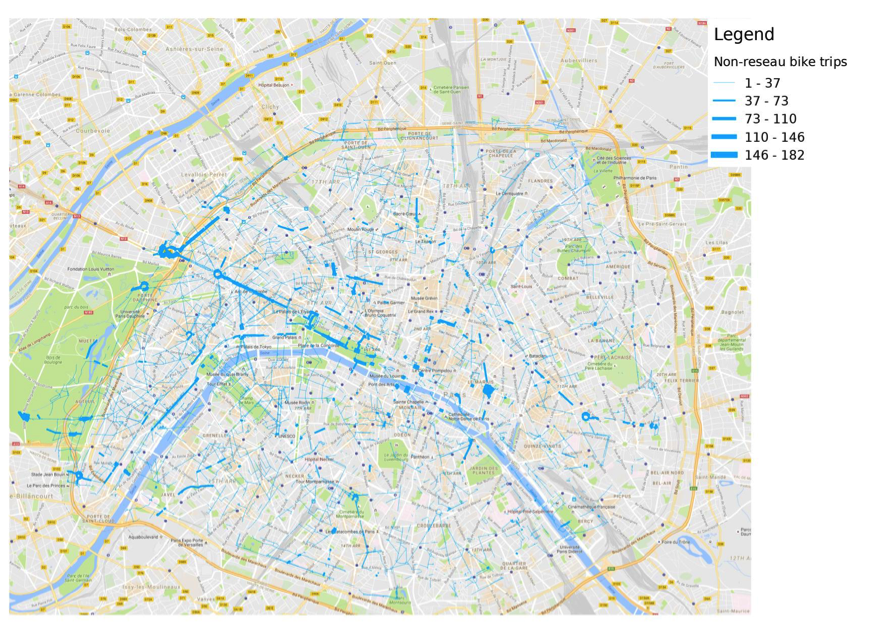 Other useful resources on the subject: